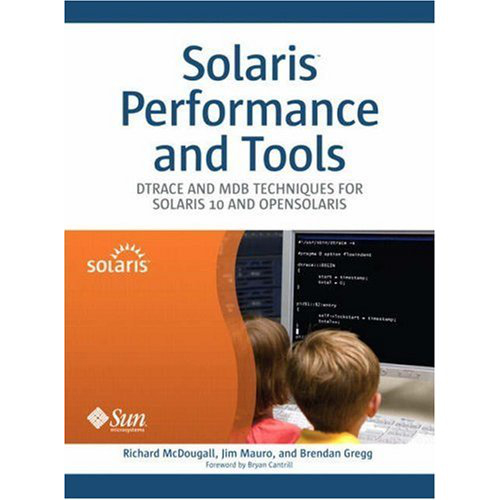 My name has made it into a number of books, but has yet to make it onto the front cover. In addition to directing the photo shoot for the covers of the second edition of Solaris Internals (that T2000 prototype was never the same again), and of Solaris Performance and Tools (DTrace is child’s play, even Jon Haslam can do it), I also merited a special mention for contributions to the chapter on the Solaris process model.

To my shame, I have, at times, referred some of my more truculent customers to the “acknowledgments” sections of these, and of Cockcroft’s Sun Performance Tuning (second edition), with a cursory “I taught them all they know, so shut up, and do as I say!” This always has the desired effect (some have even asked me to sign their copy, and if you can find one I haven’t signed, it is worth a fortune)!

The book I don’t tend to mention is boohoo – a dot.com story from concept to catastrophe where I am erroneously credited with the sale of an E10K. My actual advice was “fix your code, because as it is, it won’t scale on an E10K” (but even that wasn’t enough to save them from disaster).